This is the seventh article in a series of eight about leaving family wealth to the next generation(s). The other Articles are entitled:

Most people have never really heard of the term “forced heirship” although they do tend to know that the law as to who and what you can leave to others does differ throughout the world. One tends to come across it first of all when you buy property overseas and a local lawyer seeks to advise you of the need to perhaps have a local Will on account of how your estate will be distributed on your demise.

This in fact happened to me in 2009 when I bought a home in France and having regard to my wife and I having been married previously and having children, we were advised to acquire the property in a French property company known as a Société Civile Immobilière (SCI) so that we could leave our respective interests in the SCI how we wished.

Thankfully the law as regards succession changed in the EU on 17 August 2015 when the EU Succession Regulation (EU/650/2012), known as Brussels IV, came into effect and which now allows an individual to choose which rule of law will apply to the distribution of their estate on death.

So what is forced heirship?

In many jurisdictions throughout the world the person making a Will, a testator, has complete freedom to decide, without any legislative restriction, how their estate should be distributed on their death. Unfortunately this is not universal and many countries have incorporated provisions into their succession laws which require an individual’s estate to be distributed in “shares” (portions usually expressed as a percentage and/or fraction) in accordance with the law with regard to status and connection with the deceased. Such individuals, known as “protected heirs”, typically include any surviving spouse, children and other relations of the deceased.

Forced heirship provisions typically only apply to a portion of the deceased’s estate, with the balance being distributed at the discretion of the testator. However, under Sharia [Islamic] law things can get complicated for instance a man or a woman, married or not, can only distribute a third of their estate to whoever they wish, with the remaining two thirds being distributed in accordance with the law (with the person receiving any proportion of the third of the estate not benefitting from the remaining two thirds) and a daughter for instance may only be only entitled to receive half of what a son may receive.

What is the rationale for Forced Heirship?

The argument for Forced Heirship is that a deceased should make adequate provision for his/her family and dependants; the counterargument being that neither the state nor religion should impose restrictions on the distribution of a person’s estate in death that it could not impose in life.

Which jurisdictions have Forced Heirship?

Although Forced Heirship is generally a feature of most civil law jurisdictions it also applies to some Common Law ones such as Ireland, where under Irish Law a spouse has certain rights to inherit and section 111 of the Irish Succession Act 1965, as amended, provides that where there is a Will a:

Whilst there are no forced heirship laws in England and Wales, the Inheritance (Provision for Family and Dependants) Act 1975 (the “Act”) effectively acts against testamentary freedom, with more decisions being made by the courts as to how assets should be divided fairly between those who are considered to be eligible under the Act.

There are no Forced Heirship provisions within Isle of Man law and indeed the Trusts Act 1995 specifically provides that where a trust is governed by the law of the Island [Isle of Man] any dispositions of property shall be determined according to the law of the Island without reference to the laws of any other jurisdiction with which the trust or disposition may be connected.

As one would expect most people have no issue with leaving funds to their spouse and children but statutory provisions and/or religious ones can be restrictive in terms of who and what may be given to whom. So what can you do in practice to alleviate some of the issues?

If you would like to know more about the points raised in this Article then please contact me or one of my colleagues at:

A member of UHY International, a network of independent accounting and consulting firms. 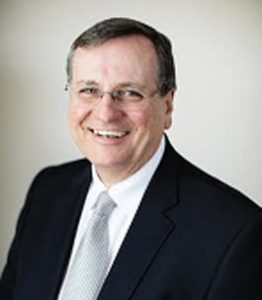 I am a qualified accountant working in public practice and a director of a number of licensed trust and corporate service provider companies.  I am actively involved in wealth management and preservation structures for clients in the Isle of Man, where I live and further afield and this often entails working with clients and/or professional firms overseas.  My work varies day to day and ranges from giving bespoke tax and structure advice, undertaking special projects, and addressing the multitude of issues that trust and corporate administration work brings.  Life is never dull!